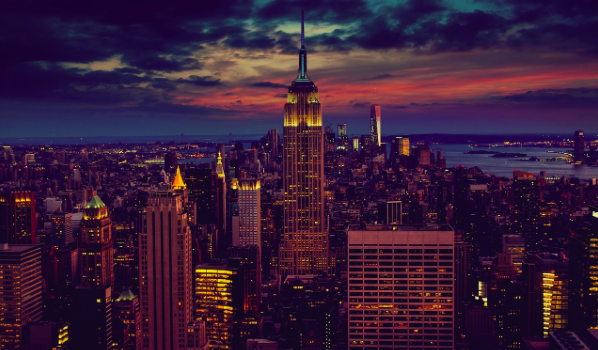 The area along the Hudson River was first settled in the early 1600s, before being expanded upon by the English in 1664. At this time, the settlement was renamed New York. Over the past 350 years, New York City has become the epicenter of development and opportunity, and one of the most recognizable cities in the world. For the enthusiastic history buff or aspiring fact checker, a trip to New York is a great opportunity to learn more about the historically significant events that took place along the Eastern seaboard. Here are some places you’ll want to visit on your journey to knowledge.

Ellis Island became the portal to America between 1892 and 1954. During this time, the island processed around 12 million immigrants coming to the new world. It is estimated that about half of the American population can trace their ancestry through Ellis Island. The Statue of Liberty became a beacon for these people, who often experienced weeks of hard travel over the Atlantic Ocean.

You can take a guided tour through the museum to learn more about the immigration process at the time, and see if any of your family members walked through the doors on Ellis Island. If you’re low on time, check the hop on hop off NYC reviews to see which tour option best fits your schedule.

The influx of immigrants to America during the late 1800s and the first half of the 1900s overlaps with another historically significant event which New York City took part in. Pier 54 was where the Titanic was supposed to dock upon arriving in America, and where the Carpathia landed with the 705 survivors of the nautical disaster.

History buffs will also be aware of the infamous Lusitania disaster in 1915. The British ship left Pier 54 to head back to Liverpool on May 1 that year, to later be sunk by a German U-boat, killing 1,193 people. Since then, would-be developers have had terrible luck in revamping this area.

Smallpox is a highly contagious disease that killed over 500 million people worldwide during its peak. It was officially eradicated by 1980 through the administering of vaccinations. Before science caught up with this disease, efforts were made to keep smallpox patients separated from the general public, hence the creation of the Roosevelt Island Smallpox Hospital.

The hospital has been abandoned since the 1950s, and now only the Gothic architecture of its stone walls and windows stands against the test of time. The area is quiet and eerie, and some believe it to be one of the most haunted places in the USA. If ghost stories are a non-issue for you, feel free to tour the ruins after sunset.

History doesn’t just include things that happened before you were born. The 9/11 terrorist attacks in 2001 changed the world. How we travel, security measures, and news reporting were all reshaped by this tragic event.

The National September 11 Memorial and Museum is located at the former site of the twin towers, with two pools encompassed by the names of the victims. The museum itself holds artifacts from that day, including the last steel beam removed from the site during cleanup. The site is also home to The Oculus, a state of the art transportation hub as well as the One World Trade Center, the tallest building in North America at an astounding 1,776 feet.

New York City is a blend of old and new, with historical sites dating back to settlement times and modern, trailblazing innovations that shape our modern culture. During your travels, be sure to take the time to appreciate both and expand your knowledge.